The AGM was recently held on July 27, 2019 and was well attended. At our AGM our elections were held for office bearers and committee members. Those elected were: 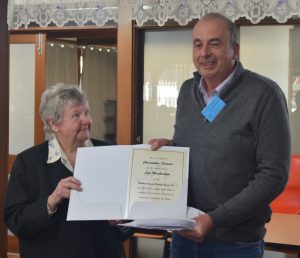 At the AGM we also had two members who were bestowed Life Membership. 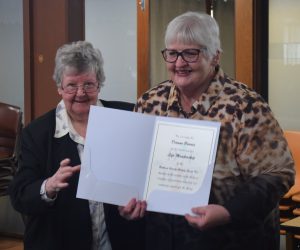 Chris Stewart  – nominated for his years of work for the group not only on the committee but also for the work he puts into Autumn Colours tours ad events. Chris has been a long term member of the group who promotes the group  actively.

Dianne Barnes – nominated for active work as President over recent years including acquiring new premises, increasing membership numbers and providing a welcoming, social and cohesive spirit in the Group.

Carol Churches is a foundation member of the BFHG. 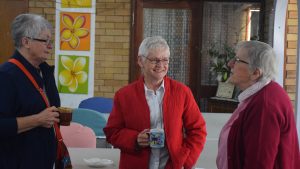 The “three amigos” enjoying afternoon tea at the AGM

The AGM was followed by a great afternoon tea that was enjoyed by all.