From 1815, as the settlements around Bathurst grew, the need for  convict labour, especially the skills of women became obvious. So too did the need arise to house the convict women between work assignments, during times of illness or confinement and as a place of punishment for misdemeanours or as a refuge for women and children. A plan was initiated to  have a Female Factory in Bathurst. It was decided to use the abandoned Commissary store as an ideal place for housing the women convicts.

The Bathurst Female Factory was opened in the early months of 1833 and operated until the new gaol was built in 1844. This was significant to the history of women in Australia as Bathurst was the second most important female factory on the mainland. The building was remodelled for use and  hundreds of female convicts were sent to the factory where they were assigned out to work using their many skills in farming, dairying, needlework, nursing, food production and manufacturing. Indeed these women married and had children and either stayed in the area or moved off to  become pioneers with their families in other parts of Australia.

During September 2019 it is planned to use Ground Penetrating Radar (GPR) to investigate the likely site where the Female Factory was located. See news story in the local Western Advocate here 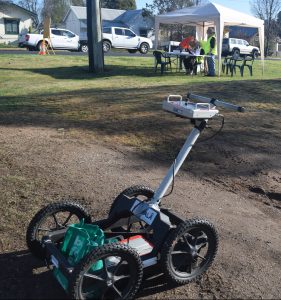 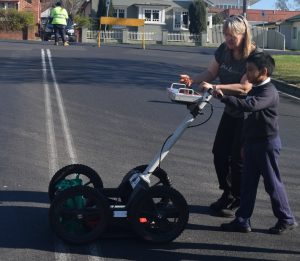 A young person being shown how the gpr works 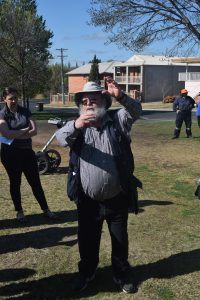 Dr Rob explaining the history of the site 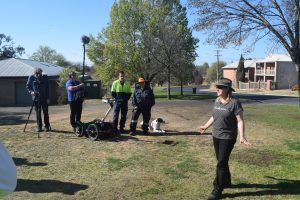 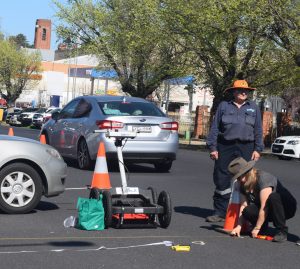